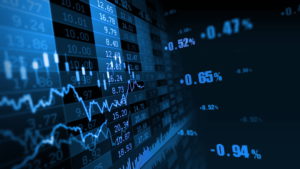 Analyzing the latest news evident that the nickel quotation in €/ton has largely exceeded the threshold of € 11,000. Furthermore, it seems thatthe new achieved price can become steady or, even further, increase in the short term. In the document Fecr 2016-2018, it is clear how fluctuating it’s the FeCr (Ferro/Cromo = iron / chromium), whose quotation has fallen significantly for the first quarter 2018. Currently the spot quotation is about $/lb 1.30, so proving yet another rebound, but actually the next quarterly contract will give us more clarification. Some rumours speak again of falling, but instability is really accentuated.

In this last period, the activity in the PP market is becoming steady after recording remarkable increases during September and November 2017. Instead of in Asia, the rises of futures drive the PP local market higher. It remains to be seen how the oil market will develop in the next months and how this will influence the polymers price.

The PC price is constantly rising due to a lack of raw material in Europe. This problem is caused by the huge demand for material from the Asian market, which is absorbing a large part of the material that was previously destined for Europe. Polycarbonate will reach record prices in the coming months, exceeding the threshold of 3.00€/kg.

Tritan is a new-generation copolyester of the EASTMAN CHEMICAL company. Its main characteristic is to be Bisphenol A free(BPA-FREE). To date, it is undoubtedly the best alternative to polycarbonate. Mori 2A, pending the decision of EFSA, after many tests and obtaining more than satisfactory results, has developed a new line of Gastronorm containers in TRITAN (corresponding to the polycarbonate one) : a copolyester BPA free. Starting from March 15th 2018, the Plastics Business Division of Eastman Chemical Company announced a price increase for all Eastman Tritan copolyesters. This increase is the result of current market dynamics, the escalation of raw materials and energy costs.