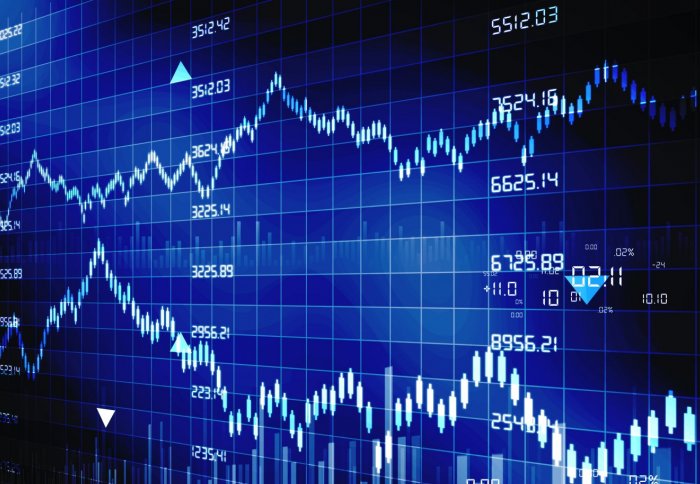 Until mid-July, thanks to the forecasts of a fall in demand typical of the summer period, the sales prices of stainless steel weakened, ignoring the rise in nickel. Towards the end of July, in fact, a slow recovery in prices began to appear and the quotation of $/ton 14,000 was exceeded.

Just towards the end of July the wind started to change, with the awareness that the nickel price was taking a really dangerous turn. 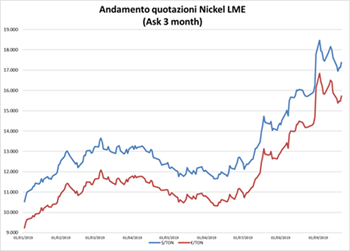 In August and the first decade of September the rise was intense and the nickel price in dollars exceeded the quotation of 18,700. The change has been important: if we consider the difference between the average value of nickel in September in €/ton, that is 15,931 (see table above), and the minimum value in June (€/ton 10,655), the difference is €/ton 5,276, whose 8%, considering AISI 304, is €/ton 422.

The acceleration of the nickel price was determined by the decision of the Indonesian government to bring forward the date of the ban on the export of the mineral to the beginning of December 2019.
The export ban specifically concerns the mineral from which the “dirty nickel” is extracted, that is the Nickel Pig Iron, obtained only in China by a polluting industrial process.
The Indonesian government intends to encourage the processing of the mineral within its territory by banning its export in the near future. Hence the forecast, but also the real survey, that the whole world of steel mills in the east must / should resort to the LME, and in the presence of nickel stocks of 150,000 tons about (less than half of two years ago) the increase was bound to consolidate.
The increase in nickel is not due to a real increase in demand, but to the fact that more purchases to the LME are imposed by a government measure, whose rethinking (not impossible in certain cultures) could actually change the reality again.

In addition, it should be noted that the steelworks, selling at prices for future deliveries and therefore prices which include the full increase, have recorded a decline in orders, and this is testified by the redundancy programs that will be implemented in Terni. All the steel mills are suffering from a dramatic drop in profits and therefore cannot leverage on sales prices because between the increase in nickel, and negative balance sheets, there is very little room for downtrend manoeuvre.

So, what will be the final scenario? Some expect that changes will take place around January/February 2020, but most do not express their opinion.