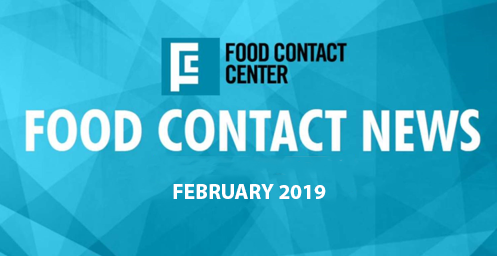 EU Regulation on plastic materials and articles intended to come into contact with food amended; changes made to include three new substances and modify use and migration limits

The European Commission published the 12th amendment to the Plastics Regulation (EU) No 10/2011 on January 11, 2019, in the Official Journal of the European Union. This amendment, Commission Regulation (EU) 2019/37, adds new substances to the list of substances that may be used in food contact materials (also referred to as the positive list or the Union list), makes corrections to pre-existing substances on the positive list, and clarifies what food simulants should be used for the overall migration testing of milk products. Based on favorable scientific opinions from the European Food Safety Authority (EFSA), the Commission added the following substances to the positive list in Annex 1 of the Plastics Regulation:Poly((R)-3-hydroxybutyrateco-( R)-3-hydroxyhexanoate), which is a biodegradable (co)polymer obtained from microbial fermentation used in the manufacture of packaging articles intended to be in contact with whole fruit and vegetables; Dimethyl carbonate as a monomer; and Isobutane as a foaming/blowing agent only.

City of Berkeley in U.S to introduce ban on use of non-compostable foodware items in 2022; aim to force shift from plastic to compostable food containers, reduce quantity of single-use items

In an article published on January 24, 2019 by Los Angeles Times, reporter Ben Margot informed that on January 22, 2019, the City Council of Berkeley, U.S., “adopted the Single-Use Disposable Foodware and Litter Reduction Ordinance,” aiming “to force a shift from plastic to compostable food containers” by prohibiting the use of non-compostable items. Furthermore, in order to reduce the volumes of waste altogether, “Berkeley consumers will be required to pay an extra quarter on every takeout cup they use, even after restaurants switch to compostable ones.”