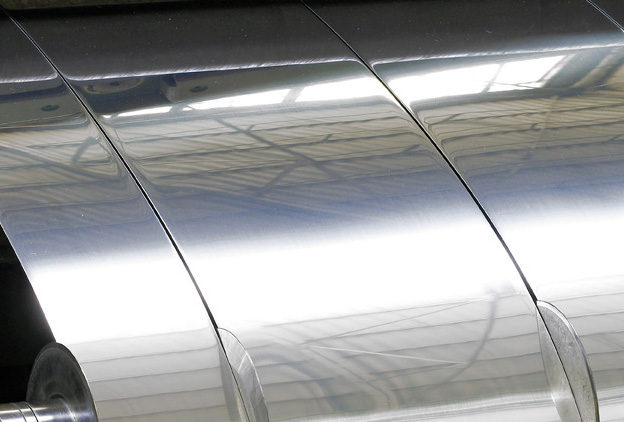 AISI type 304 belongs to the austenitic steel group and is the most used. Mori 2A uses this steel type, because it offers good performance from the deforming point of view besides guaranteeing good corrosion resistance. The strong volatility of the nickel price has in the last ten years contributed to steel diffusion in which nickel is partially or totally replaced with manganese (series 200). These new steel types introduced on the market have a considerable price vantage, lower that the series 300 but also come with a series of problems that cannot be disregarded by the user.
The chrome content of 18% is not compatible with low nickel values without ferrite forming, for this reason, the chrome content in the steel at the range 200 is reduced 15%-16% and in certain cases 13%-14%, performing corrosion resistance not comparable to the 304 type and similar products, precisely the
more the chrome reduction the higher the inter – granular corrosion risk because of carbides at grain boundaries. It must be remembered that manganese even if austentic it is not as much as nickel which is second only to nitrogen. Concerning the acidity conditions, the re – passive properties of manganese are slowed as a result of acidity and the speed of dissolving steel in the series 200 is about 10 – 100 times higher as regards as the 304.

Nickel, besides giving tenacity to steel, favors the auto passivity. Often, these materials (series 200) are produced with systems that do not allow the control of the sulfur residual level, the carbon percentage and more seriously, it is not possible to trace the material and it can even be hidden. This last aspect reflects directly on the former, such as material recycling: if not declared, the chrome manganese could be a dangerous source of unexpected manganese rich rubbish.

Mori2A chooses AISI type 304 for its easy workability and considerable corrosion resistance capacity. As regards other steels of the 200 series, the stainless steel used by Mori2A presents a very good deforming level, optimizing the working performances and guaranteeing an end-item with excellent price/quality ratio. Besides the use of AISI type 304, Mori2A performs a particular thermal treatment (solution heat-treatment) for products derived from deep-welding (where the work hardening is very high) which need to remove structural alterations and send carbides in solution.

The solution heat-treatment consists in heating the steel at a sufficiently high temperature (1000-1100°) (1832 – 2012 °F) holding it for a certain time, stressed above all by the thickness of the treated piece, and in the chilling process with sufficient speed to prevent the precipitation of the carbides that happen on the average between 450°C – 850°C (842 – 1562°F). With this treatment steel arrives at the maximum soft coating. The production cycle of these products also includes acid pickling and an accurate polishing (electrochemistry, vibro – polished, mechanical) which as previously mentioned is a fundamental aspect for corrosion-resistance.