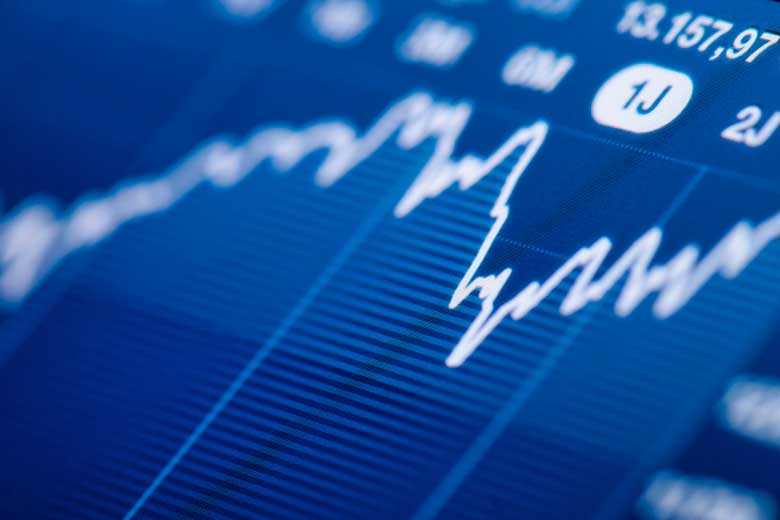 Consolidating the trend of the end of July 2017, the nickel quotation strengthened not a little during the summer time in August achieving the current amount of 11.700 dollars approximately with a steady value of the dollar within the limits 1.17-1.20. The following graphic accurately highlights the nickel price trend both in dollar and in euro, standing out the fact that from the minimum of mid-July the nickel price has raised more than 25% 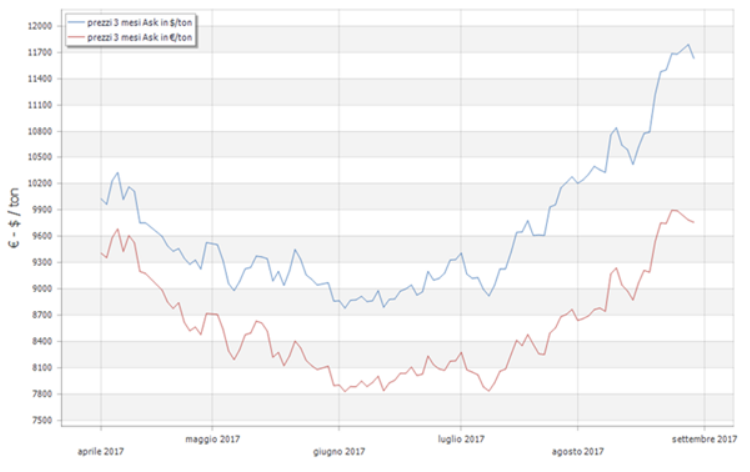 No-stop rising trend for PP-PE-PS
In Europe, the rising trend in the PP and PE market had already increased before the ethylene and polypropylene agreements were signed with rises of €30/ton and €40/ton respectively, compared to August.  Although the formal offers haven’t been completely announced yet, the first formal offers show notable increases in comparison with the monomers rises, as the sellers aim at recovering their own profits. The strong demand during the month of August, due to the fact that the PP prices had reached steady quotations and different buyers had stocked these materials, reinforces this rising trend. With reference to ChemOrbis Price Index, the PE spot prices in Europe got settled in August after 5 months of constant downward trend. Concerning the PP, the market have decreased for 4 months before raising in the second half of July and then stabilizing in August. In line with PE and PP, also the Polystyrene remains high and confirms the maximum values of the last period. The ChemOrbis Price Index data suggests that the PS and ABS import-markets of China and South-East Asia have reached the highest levels since March, in line with the recent increases supported by the costs.